Many years ago, when England was just a handful of kingdoms which battled between them, Arthur, son of king Uther, was born.

The child’s mother, died few after giving birth and the father gave him to the wizard Merlin in order to educate him. Merlin decided to bring the baby to the castle of a noble man who had a son of few years called Kay. To guarantee prince Arthur’s security, Merlin did not give his origins away.

Each day, Merlin taught little Arthur all the known sciences and, as he was a wizard, he even taught him something of the future sciences and certain magical formulae.

Years went by and king Uther died apparently without issue. Noble men went to Merlin to find the sucesor. Merlin made appear on a stone a sword firmly stuck on an iron anvil with a legend which read “This is Excalibur Sword. Whoever pulls it out of this anvil will be king of England” .

Noble men tried fortune but, despite all their efforts, they could not move the sword not even a millimetre.

Arthur and Kay, who were already two handsome boys, had gone to the city to attend a tournament in which Kay wanted to participate. As the hour was approaching, Arthur realised that he had forgotten Kay’s sword in the inn. He went running, but when he arrived there, the door was closed.

Arthur did not know what to do. Without sword, Kay could not take part in the tournament. In his desperation, he looked around and discover the Excalibur swoerd.

He came closet o the stone and pulled the weapon. At that moment a ray of white light descended above him and Arthur took it out without finding resistente.

He ran to Kay and offered it to him. Kay was surprised that it was not his sword. Arthur explained what had happened. Kay saw the “Excalibur” legend in the sword and told his father. This one, ordered Arthur to put it in its place again.

All the noble men tried to pull it out again, but nobody managed it. Then Arthur took the handle between his hands. A ray of white light descended above his head again and Arthur took out the sword without effort.

Everybody admitted that that boy, without any recognized title, should wear the English crown and marched before his throne swearing him loyalty.

Merlin, thinking that Arthur did not need him, retired to his dwelling.

But soon after some noble men took up arms against king Arthur. Merlin proclaimed that Arthur was king Uther’s soon, so he was the legitimate king. But noblemen were still in war until they were finally defeated thanks to Arthur’s courage, helped by Merlin’s magic.

To avoid that the history would repeat, Arthur created the Round Table which was formed by all the noblemen loyal to the kingdom. Then he married princess Geneivre, and years of prosperity and apiñes followed both for England and King Arthur.

-You can keep on reigning without my advices- said Merlin to Arthur.- Keep on being a fair king and the future will talk about you. 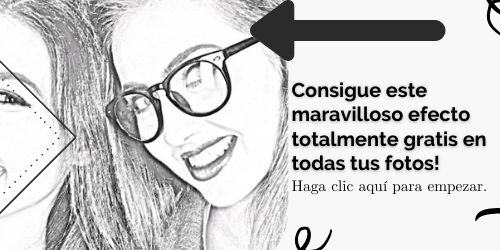 We use cookies on our website to give you the most relevant experience by remembering your preferences and repeat visits. By clicking “Accept”, you consent to the use of ALL the cookies.
Do not sell my personal information.
SettingsSi
Política de Cookies

This website uses cookies to improve your experience while you navigate through the website. Out of these cookies, the cookies that are categorized as necessary are stored on your browser as they are essential for the working of basic functionalities of the website. We also use third-party cookies that help us analyze and understand how you use this website. These cookies will be stored in your browser only with your consent. You also have the option to opt-out of these cookies. But opting out of some of these cookies may have an effect on your browsing experience.
Necessary Siempre activado
Necessary cookies are absolutely essential for the website to function properly. This category only includes cookies that ensures basic functionalities and security features of the website. These cookies do not store any personal information.
Non-necessary
Any cookies that may not be particularly necessary for the website to function and is used specifically to collect user personal data via analytics, ads, other embedded contents are termed as non-necessary cookies. It is mandatory to procure user consent prior to running these cookies on your website.
GUARDAR Y ACEPTAR